​The Neighborhood Youth Association traces its beginnings in Los Angeles to the 1880s and the “Settlement House” movement, first seen in Chicago in Jane Addams’ Hull House with its goal of helping immigrant families to adapt to and to succeed in the difficult, new surroundings and realities of urban life in the United States. While NYA is today a fully non-sectarian agency, it’s early years were guided in partnership with the Episcopal Diocese of Los Angeles
​1886
NYA was born as the Church of the Neighborhood, founded by George Hewes downtown near the Los Angeles River and the slaughterhouse, in an area of newly arrived immigrants popularly known as “the Neighborhood.”
1899
The Church of the Neighborhood was transferred to Bishop Joseph Horsfall Johnson and the Episcopal Diocese of Los Angeles.
​1906
The congregation was transformed into the Church of the Neighborhood Settlement, a product of the spiritual awakening brought on by the Christian Social Gospel Movement, and continued as an affiliated institution of the Episcopal Diocese.​
1916
The organization was incorporated as the Neighborhood Settlement Association.
1947
The Association relocated to Venice by its new director, Margaret “Peg” Mudgett, a member of the Los Angeles Youth Project, an agency that in 1943 assisted in quelling the Zoot Suit riots.
1954
The agency changed its name to the Neighborhood Youth Association and became an independent non-profit corporation.
1970s
NYA expanded its programs in the Venice and Mar Vista communities, later adding offices in the South Bay. 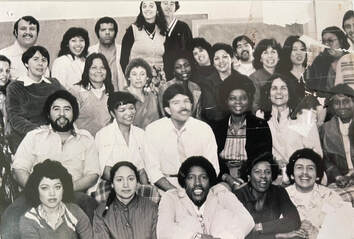